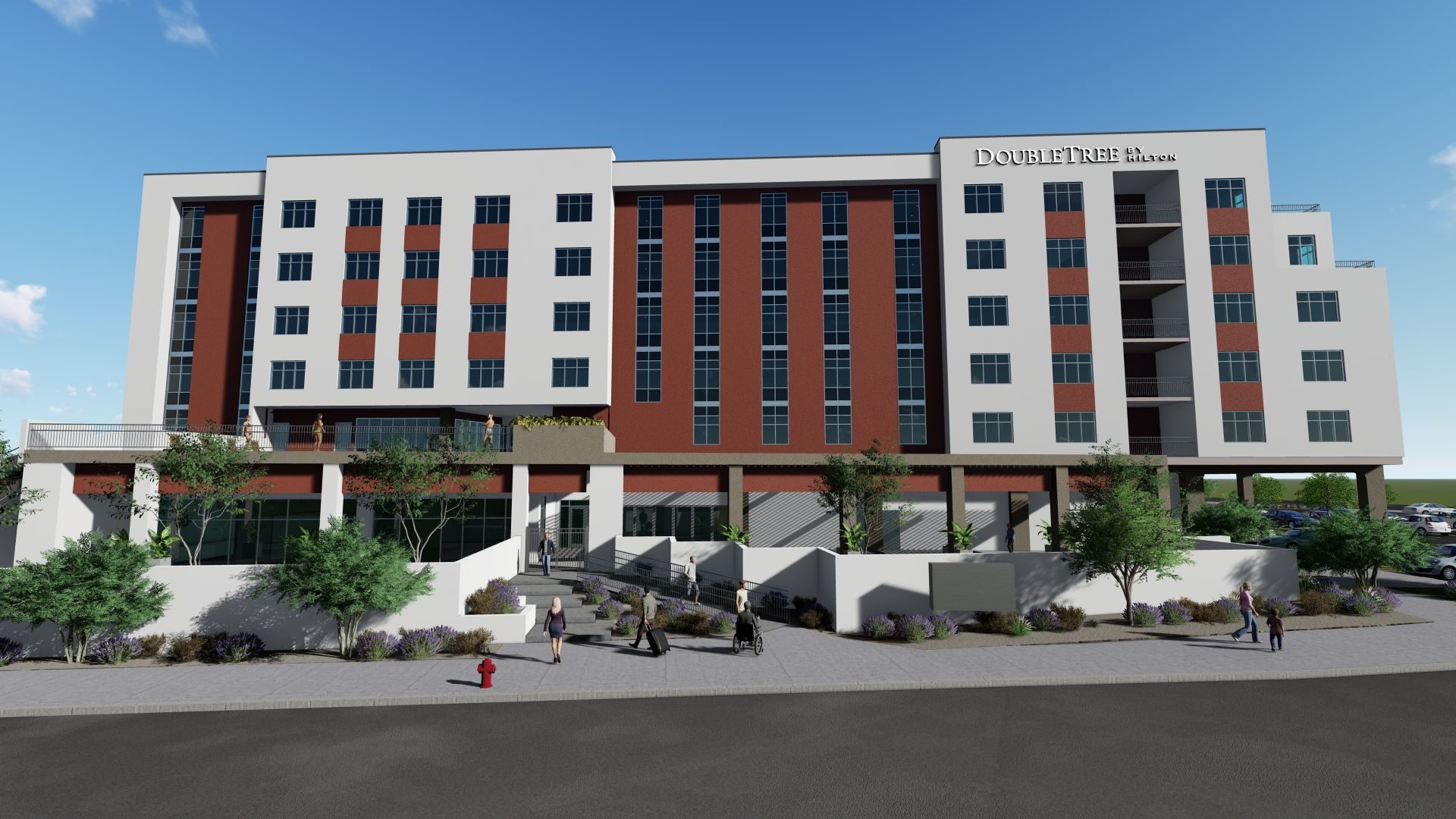 One of the first projects in Caliber’s Tax Advantaged Opportunity Zone Fund, LP is the hotel at the Tucson Convention Center. A true opportunity zone project, the hotel will play a major role in helping rejuvenate the downtown Tucson area.

Tucson is the second-largest city in Arizona and boasts a rapidly growing population. According to the city’s website, Tucson has the highest concentration of startups of any U.S. city its size and has been ranked as a top five city for entrepreneurs by Entrepreneur Magazine. Standing in testament to these rankings, Tucson is home to more than a thousand tech companies and economic powerhouses such as Raytheon and the University of Arizona.

Recent organic growth has spurred revitalization efforts in downtown Tucson, but much more work is still to be done. In 2018, Tucson’s downtown area was officially designated an opportunity zone. Created by the Tax Cuts and Jobs Act of 2017, opportunity zones work to incentivize new investments in underserved communities with the goal of making substantial improvements in these areas.

One such improvement is being addressed by Caliber and its partners – the need for more lodging near Tucson’s active convention center.

With more than 200,000 square feet, the Tucson Convention Center can accommodate any type of meeting, expo, banquet or special event… and it does! With more than 500,000 visitors a year, the need for exceptional lodging nearby became evident.

To meet that need, Caliber and its partners are developing a hotel that will be connected to the center. The Double Tree by Hilton property will include 170 standard guest rooms, four suites and one presidential suite. To further cater to guests, the hotel will include 4,000 square feet of meeting space, a 2nd story pool and rooftop bar and an onsite restaurant and coffee area. The property will also feature a beautiful outdoor meeting and dining space offering a great view of the historic Barrio neighborhood. Construction is scheduled to begin in April 2019 with an anticipated completion date slated for summer 2020.

Every great project needs great partners and Caliber has joined forces with Rio Nuevo and the City of Tucson to develop the Tucson Convention Center hotel.

Rio Nuevo works under the mission to revitalize downtown Tucson by partnering with private sector developers, commercial lenders and real estate investment firms to drive economic development in the area. As part of this project, Rio Nuevo is funding a 300-space parking garage for the hotel.

Caliber Development will head the project, working closely with the contractor, Ryan Companies, and Swaim Architects.

Caliber has a track record of successful projects in the hospitality sector and the Tucson Convention Center hotel is the 10thhotel property in its portfolio and the second hospitably venture in Tucson.

Caliber also owns and operates properties in the Metro-Phoenix area and Alaska. As a whole, the company has proven success in the hospitality sector and in 2018 was recognized as a top hotel company by Hotel Management Magazine.

Investment in the Tucson Convention Center Hotel is available exclusively through the Caliber Tax Advantaged Opportunity Zone Fund, LP. To learn more about this project contact us today.

Stay up to date on Caliber fund updates and more.
Sign up for our newsletters