SCOTTSDALE, Ariz. – The nation’s 8,700 Opportunity Zones, including 168 in Arizona, expect to play a significant role during a post-Coronavirus recovery in the coming months and continue the gains made prior to the economic storm that has enveloped the country this spring, White House officials said during a program status report and meeting this week.

Scott Turner, Executive Director of the White House Opportunity and Revitalization Council, and the public lead of the Opportunity Zone program, said “our mission and the spirit is still the same, and now we’re just going to ramp it up.”

Turner, joined by Housing and Urban Development Secretary Ben Carson, President Donald Trump, South Carolina Sen. Tim Scott and other leaders during the Opportunity Zone pow-wow, point to Opportunity Zones as a strong resource and viable option to support lower-income communities in recovering from the recent economic downturn caused by the COVID-19 crisis. 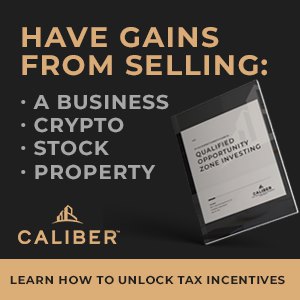 “We are at a point to where we have a very strong foundation because of Opportunity Zones,” Turner said. “Everyone is passionate and compassionate about not just helping, but seeing our citizens ... in distressed communities thrive, from an entrepreneurship standpoint, from an economic standpoint, and really the spirit of this law.”

Since the meeting with Turner last June, Caliber now owns nearly 30 percent of the Opportunity Zone projects in downtown Mesa, located along light rail and near the newest campus being developed by Arizona State University, by U.S. News. Caliber also has since initiated the rehabilitation of a 96-bed behavioral health center in Phoenix.

If the investment is held for 10 years or more, any appreciation on the invested gains while in the Opportunity Zone investment, are excluded from federal taxable income, subject to certain conditions and qualifications. Additionally, investors may also benefit by a step up in basis of 10 percent if the invested gains are invested for at least five years; and an additional 5 percent if the investment is held at least seven years, which means that the investor may exclude up to 15 percent of the original gain from federal taxable income at seven years.

The remarks made by Turner and other meeting participants also reinforces the strategy and structure of Caliber’s Tax-Advantaged Opportunity Zone Fund, LP, an investment alternative for those who want to capitalize on the Opportunity Zone program and engage in redevelopment projects.

“The continued support by director Turner and national leadership encourages investors to commit with peace of mind, and supports the work Caliber is doing in areas that had once seen better days,” Caliber CEO Chris Loeffler said. “It is a program that is poised to lead us out of COVID-19 situation, especially with assets repricing and expectations in the market adjusting to our new reality.”

Stay up to date on Caliber fund updates and more.
Sign up for our newsletters